If you already have a iPhone 5, or an iPhone 4/4S,  you won’t find the iPhone 5C (or 5S for that matter) all that exciting. Both handsets have the same 4-inch display, the same overall shape and design, and many of the same features. The backpanel on the 5C is different – it’s plastic – but that’s about it. 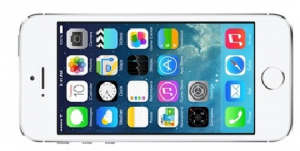 The iPhone 5C is something of a departure from Apple’s historical approach to its iPhone business. It embraces colour and plastics just as the iMac G3 did, but the handset itself is pitched as more modest product – one that’s not to be confused with its more premium stable mate, the iPhone 5S.

At around £479, the iPhone 5C can hardly be described as “The Phone of The People”. But what’s interesting about the iPhone 5C, in my opinion, is that it represents a change in Apple’s philosophy. They are not just going after the upwardly mobile, but also the ordinary Joe who has a bob or two to spear.

The iPhone 5C replaces the iPhone 5 – now deceased – and features the same camera, the same processor, the same amount of memory and the same storage options: 16GB, 32GB and 64GB. Those are what you call solid foundations, and that’s what Apple has built this phone around.