The Sony PSP Go is a fourth generation portable handheld gaming and multimedia handled device. The PSP Go marks a radical shift for Sony’s portable games console. It is now more compact than ever with slide-out-controls to save space and more importantly it is now completely digital. A first for a dedicated handheld gaming device. 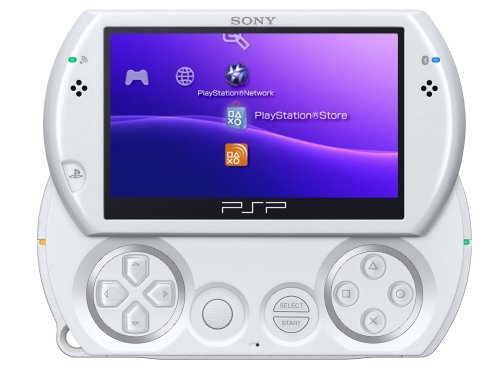 The only addition in terms of hardware is the inclusion of Bluetooth 3.0. This allows you to pair up with Bluetooth stereo headphones, tether to a laptop or cell phone for Internet access, and even pair with a PlayStation 3 controller (Sixaxis or DualShock 3) and play your PSP games with a “real” controller.

The mechanism that slides the screen up to reveal the controls is quite sturdy.  The controls themselves have been changed significantly, with the directional pad and face buttons sporting a much clickier feel.

One area that hasn’t seen any change in all three revisions of the PSP is the Wi-Fi. The brand-new PSP Go uses the nine-year-old 802.11b standard, and it’s incapable of dealing with WPA2 encryption, which is the only totally secure Wi-Fi protocol around.

Gone is the mini-USB port, meaning not only will you need a proprietary cable to charge your PSP Go, but none of the existing PSP accessories like the camera or GPS will work without the purchase of a adapter. Also gone is the replaceable battery, meaning that with a maximum of six hours battery life, you will have to plan your long distance travel times a bit more carefully.

As for games, the maximum UMD can hold is 1.8GB, so you’ll fit at least eight games on the internal storage of the PSP Go – but you’re likely to fit a few more on there than that, with the content-heavy Gran Turismo weighing in at just over 1GB.