If you are looking for a games console that will be fun for all the family, then the Nintendo Wii could be the console for you. Since its launch in 2006, the Wii has become very popular so much so that for many months demand outstrips supply. Supply now seems to be just keeping pace with demand, so you should no longer have to pay a premium to purchase one. The Wii is very different to other popular game consoles because most of the games get you on your feet and moving around rather than sitting down. This is thanks to the revolutionary design of the wireless remote control. 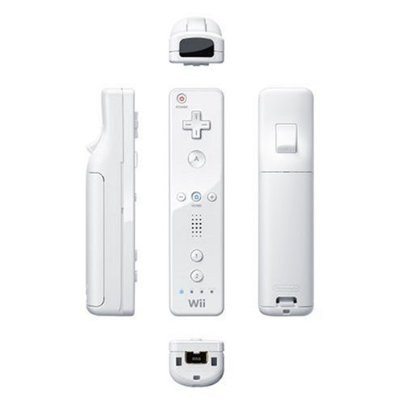 The Wireless Remote control is truly remarkable; It is able to measure movements in any direction and at any speed. With this technology, real world sports such as tennis, golf and even boxing can be enjoyed as a physical activity in the comfort of your own home. The remote control makes use of standard Bluetooth technology, and the main accessory that comes with the Wii for playing sports games incorporating the remote control is the Nunchuck. Just like the Wii as a whole, the Nunchuck exudes excellent built quality with very responsive buttons for controlling whatever game or software you are running.

For all the brilliance that the Wii brings to gaming, it has one major flaw, its graphic capability falls well below expectation when compared to some of its rivals. However, to judge the Wii on graphs alone might be missing the point. This device is about a whole lot more than just graphics.

The Wii comes with a number of channels to provide entertainment for all the family. These channels can be seen as software that behaves like extra channels on your TV set. They include a Forecast channel to allow you to check the weather in your area and around the world, Photo channel to view your pictures and video footage taken on a digital camera or camcorder, Internet channel to allow you to surf the Web, News channel for local national and international news, Message Board channel and more.

The Wii is much more than a games machine; it is a true multi media device that provides entertainment for all the family.